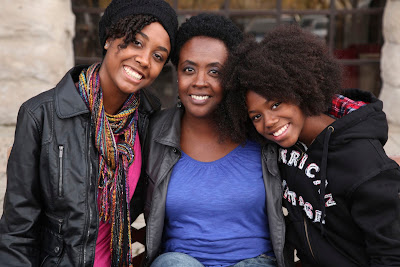 I am so proud of my two girls.  I always am.  But, lately I've been especially proud of the way they are growing up and the things they are accomplishing.  It's so gratifying to see them facing challenges and overcoming them.


Kayla started public school last year as a freshman.  Her first year was at the freshman building.  Being there with only freshmen was a nice way to get started in public school.  This year she was thrown into the big pond.  She was a little concerned about how she would do at this massive high school for her first public school experience after homeschooling for 8 years. She hit the ground running and has not missed a stride. She's on honor roll.  She's fitting in great socially. She's doing the homework (a heavy load with her honors classes) and she's on the swim team.  Her days are longer and harder than most adults. She's up just after 6:00AM to get a ride to school which starts at 7:30.  She gets out of school around 3, takes a bus to swim practice and gets home between 5:30 and 6:30.  By the time she's had dinner there's usually enough time for about an hour with the family before she's up to do it all again.  We were a little concerned, because Kayla is so extremely laid back, that she wouldn't do her best academically.  When she started school and we encouraged her to do all of the extra credit work and complete all of her homework assignments, she told us she didn't want to be a "point grabber".  We, of course, told her to grab every point she could and we were looking over her shoulder to make sure she was doing it.  Now, she's doing it all on her own.


Kayla loves to swim and she has been on the neighborhood swim team for a few years now. Last year she went out for the high school team and had to make a time to qualify.  Frankly, watching Kayla swim her first couple of years on the neighborhood team, you would wonder if Kayla understood she was in a race. She swims for the enjoyment.  Kayla is a very sensual girl and would talk about swimming in terms of feeling the water flowing over her skin and the silence of being underwater.  We were like "That's all fine and good Kayla. But, you're on the swim team to beat the other swimmers."  Kayla is also someone who is extremely concerned about other people's feelings and felt bad about beating other kids.  But, this year on the swim team her competitive juices have started to flow.  The swim practices are ridiculously long and hard.  She has to swim five days a week after school for 2 hours to 2-1/2 hours at a time. That's in addition to the meets. The swim practices over Christmas break have been optional.  The first one was at 8 AM the first day of break. That meant Kayla had to roll out of bed just after 7 AM to get to practice.  They had a practice at noon the Monday after Christmas.  My family was in town celebrating with us.  But, Kayla chose to go. As I type this on New Year's Eve, she's at an 8 AM Saturday morning practice.  The swimmers are ranked by "lanes" for their practices.  The faster you swim, the higher the lane you can practice in.  In the past, Kayla would have been content to stay in the slow lane, just as long as she was on the team.  But, a few weeks ago she moved herself up to the next highest lane. She was struggling to stay in it and got bumped back down. But, she is determined to move back up.  So, she has committed to making every practice over the break in hopes of getting back into that lane.  This is a side of Kayla I hadn't seen before and I'm really glad to see it.


Shayna is doing great also.  This was a tough year as she was diagnosed with rheumatoid arthritis earlier this year.  She had been in a lot of pain for several months before we finally figured out what was going on.  She's so stoic and has such a high tolerance for pain that we had no idea what she was going through.  She's endured the medications and the weekly injections (which are painful), like the warrior that Shayna is.  I can't recall her complaining about the shots, heat packs, the medical procedures or anything at all. The only complaint is she doesn't like doing the stretching exercises because they're "boring".   Shayna is one of the top players on her basketball team and is a monster on the backboards.  She is a great defensive player and a coach's dream, as she tries so hard to please.  In fact, she tries too hard as we found out lately that she's not enjoying basketball because of the "pressure".  She is so worried about letting us and the coach down that it's taken the joy out of the game for her, at least for now.  We have told her this is something she needs to work through and she's doing it.  She's still playing extremely well, in fact better than ever.  And she accepts that even though she's not loving it right now it's what we think is best for her.  And, as long as she's doing it, she's going to give it 100%.  She's on two teams now. One is a tournament only team that is just wrapping up their season.  I think they came in second in two of their five tournaments, won two and the other tournament that they didn't do well in, they won the game Shayna played in and lost the ones when she wasn't there.


This has been a rough year for Ty, too.  In addition to the stuff with Shayna, we lost her father earlier this year. She's constantly taxiing Kayla and Shayna to 7 or more practices a week and keeping Treasured Locks up and running. This in addition to putting up with me and maintaining the house.  People often don't give "housewives" enough credit for the hard work they do.  But, Ty's schedule is full just with household stuff and the girls, let alone helping me run Treasured Locks.  This November, we were married 21 years, soon to be 25 years that we've been together. I have seen her grow and mature in ways I never dreamed of when I met her all those years ago.
Posted by Brian at Saturday, December 31, 2011

What a beautiful family! You have every right to be proud. I can't believe your girls have grown so much in the time I have known you (and them, thru pictures). It is not easy raising kids. Trying to be balanced between letting them express their independence and your guiding of them along the way is tough at times for sure. You and Ty have obviously done a great job.