Us Versus Them...Building Bridges & Getting Walked On 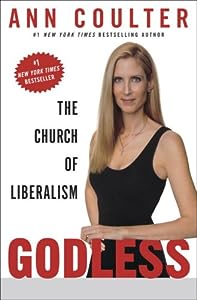 If you're my friend on Facebook, you know I have an "eclectic" group of friends.  You might not know it's that way on purpose.  I have maintained (or tried to maintain) relationships with people on both extremes of the political and religious spectrums (spectra?).  To me, there are two things really worth talking about- religion and politics and I don't want to just talk to people like me, I want to bring together people who wouldn't normally talk to each other. I figure if people like Maneesh and I can talk, then John Boehner and Barack Obama should be able to talk.  Harry Reid and Mitch McConnell should be able to talk.  Sometimes I'm encouraged by that fact that we've been able to hold together people of such disparate views. Oh, I've lost a few- on both ends.  I had to drop a couple of liberal friends who thought I was a traitor for even talking to my conservative friends.  One guy sent me his phone number and told me to call him so he could show me what a real man he is over the phone (What?!)  I had to drop a couple of conservatives who wouldn't show even a modicum of respect or decency.  Sometimes I get very discouraged because, like Congress, we can't even agree if the sky is blue.    I'll post "Wow, it's a beautiful day" and someone will respond "Well, it would be a beautiful day if that communist, Kenyan, Muslim weren't trying to destroy our country."  One thing about being a bridge builder though is when you're the bridge, you get walked on a lot.

Just a couple of days ago a conservative friend was bemoaning the fact that ONLY liberals are hypocrites.  Liberals say how tolerant they are and then call people all kinds of horrendous names.  One of her friends posted a list of things conservatives are called "daily".  Racist, homophobes, uncaring, etc. (I can't remember all the names). I agreed with him that happens. But, I countered, it's not just liberals calling conservatives things it goes both ways.  My conservative friends daily (and I mean daily) call my friends moonbats (and that's the most kind word they use).  I have conservative friends who have threatened my liberal friends with physical violence. I sometimes wonder when I should cut these exchanges off. Both sides do it.  I pointed this out to my conservative friends on the thread where they were complaining about liberals and, as predicted, they discounted it since my conservative friends aren't "prominent". I guess only prominent people calling names counts.  So, I held up Ann Coulter as an example.  To make my case, I pointed out just the titles of Ann Coulter's books.  In case you don't know, a few of them are:

Godless:  The Church of Liberalism
How to Talk to a Liberal (If You Must)
Demonic- How The Liberal Mob Is Endangering America
Slander- Liberal Lies About the American Right (does anyone see the hypocrisy here?)
If Democrats Had Any Brains They'd Be Republicans
Treason- Liberal Treachery from the Cold War to the War on Terrorism

So, what reasoned response did my pointing out that it's not just liberals doing the name calling, that both sides do it and that there are prominent Conservatives (Rush Limbaugh- Sandra Fluke- Slut) doing the very same thing?  I was told to man up, stop whining and then called a name I won't print on my blog.  When I thanked the gentleman for making my point, he continued to call me names and pointed out that I was just another example of a wimpy liberal.  I finally just dropped out of the conversation realizing they were so blinded by their hatred they couldn't see their hypocrisy even when it was pointed out to them in the very thread where they made the accusations about liberals. They talked about how tolerant they were and how they would never call liberals names and then pounced on me when I joined their conversation.

A few days ago I posted a poster the message of which was, the first goal of propaganda was to get us to demonize the "other" to foment an "us versus them" mentality.  And, what happened in the thread that followed?  Threats, name calling and people saying "Well, it's not us who does it, it's you."

But, it's not unexpected that a liberal would come on and bash someone for his religious beliefs.That is all liberals know. They can't fight with facts, so they fight dirty.
Again, not unusual that a liberal would spout off about things he knows little of. It's that inherent elitism.
I know this really saddens you ...part of my joy comes from pissing of moonbats !


Now again, I'm not saying that liberals are any better, or worse than conservatives when it comes to falling for the old "us versus them" demonization.  I happen to have kept some pretty extreme conservative friends on my list and a couple of the more extreme liberals I've had to drop because they've actually been harder on me than the conservatives.  :::: deep sigh:::::

"I figure if people like Maneesh and I can talk, then John Boehner and Barack Obama should be able to talk."

Well said Brian. I always appreciate your perspectives and wish that we lived closer. It would be great to discuss religion and politics over a cup of coffee. :)